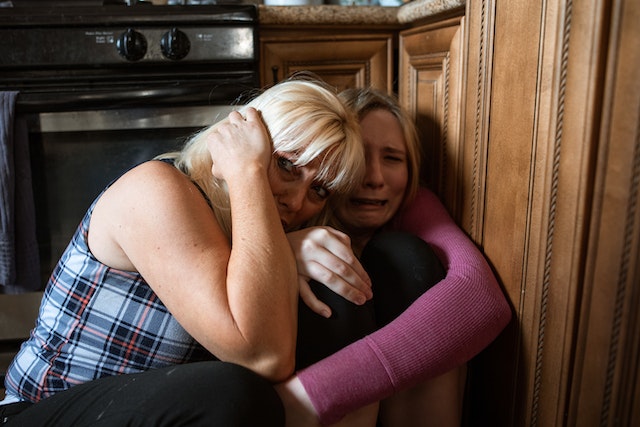 "
Women sitting in a corner
", by
RODNAE Productions
,
Licensed under
CC BY 2.0

What Is a Domestic Battery

If you’ve never heard of the charge domestic battery, you’re likely wondering what it means. In the following paragraphs, we will discuss what a domestic battery is and how you can get charged with it in the State of California.

By knowing more about domestic battery, you can put safeguards in place to protect yourself from such or at a minimum, ensure that you can develop an appropriate legal defense.

Domestic battery is any inappropriate, unlawful touching that can cause harm or be considered offensive and is committed in a domestic relationship between two partners. Some assume that domestic battery only applies when there’s evidence that one of the two individuals was hurt. For example, when there are bruises, broken bones, scratches, and other signs of assault. However, that’s not the case. As the law states, even an angry touch or a harsh action can be considered domestic battery.

In fact, you can be convicted of domestic (or spousal) battery for simply using “force” or being “violent” with your partner without any physical harm occurring.

How Can You Get a Domestic Battery Charge?

In order for you to be convicted of domestic battery, the prosecution must first prove that:

Now, you might be wondering what is meant by harmful and offensive touching, and as per the law, that’s defined as any touching that is done while you’re angry or when trying to disrespect another person. So the domestic battery charge applies, even in cases where the victim is completely okay and has not suffered any injuries.

It’s important to know that domestic battery can only occur when two people have an intimate relationship. And so the “intimate partner” in the scenario has to either be:

As you’re probably aware, some of these relationships can easily be proven, while others are more difficult to determine. For example, the prosecution can quickly check whether you’ve been married and to whom. Still, it’s much harder to prove that two people have been dating for a while or live together if there’s no evidence supporting those two scenarios.