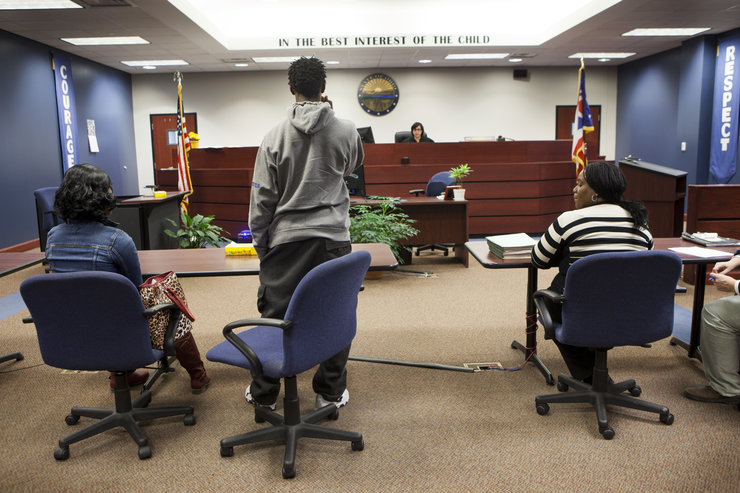 "
Juvenile Court
", by
The Marshall Project
,
Licensed under
CC BY 2.0

What impact does drug possession have on the juvenile court, school, and family systems?

Although the State of California has legalized the use and possession of Marijuana, that is not the applicable case to those under the age of 21. Juvenile drug possession cases continue to remain the leading cause for arrest, charges, and prosecution in the California Juvenile court system. As a result, these behaviors have a significant impact on the juvenile court, school, and family systems which has been a long systemic issue.

The court system in the State of California generally treats juveniles differently than from their adult counterparts. Anyone under the age of 18 will generally go before a juvenile court judge, particularly for drug offenses. Bear in mind; however, that drug offenses such as possession, use, and sale are serious crimes in the State of California, they are still heard and processed in juvenile courts.

There are any number of common drug offenses that are committed by juveniles, in fact, most juveniles commit similar offenses as their adult counterparts. There are; however, a short list of common offenses such as, but not limited to:

Simple possession generally tops the list of drug crimes committed by juveniles, which means that a young person possesses a small amount of an illegal street drug such as cocaine, ecstasy, or heroin.  More commonly, this may also include, but not limited to: Xanax, Vicodin or any number of other prescription medications. As previously indicated, marijuana has been legalized in the State of California; however, only for those over the age of 21 and in specific quantities. Juveniles may still be cited for possession of more than 28.5 grams and arrested and charged.

When a juvenile is arrested, the arresting officer may choose to release them to their parent or guardian. On the other hand, they may be detained and placed into juvenile detention under custody of the state, and unlike adults, juveniles cannot post bail for immediate release. In the State of California, most drug crimes will remain in the juvenile court system, but based upon any number of factors, could be transferred to the adult division. Generally, outcomes range from a court diversion program, to returning to the home with family to serve a term of probation, or placement in a residential or group home for treatment and programming.