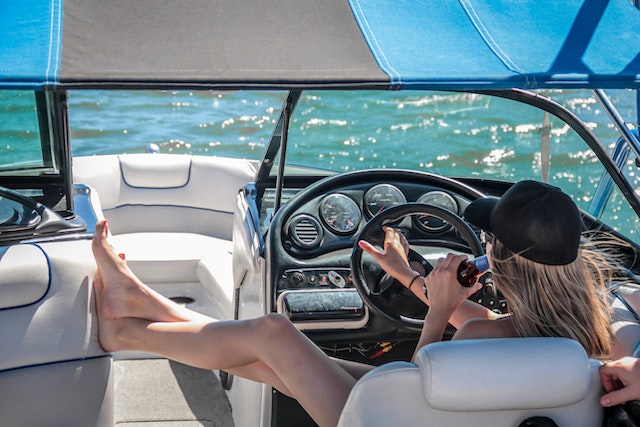 "
Boating under the influence
", by
Boat Ed
,
Licensed under
CC BY 2.0

Much like DUI charges, BUI ones vary in severity and are often decided individually, depending on the details of each particular case. With that said, in most cases violating the Harbors and Navigation Code 655 is a misdemeanor.

However, suppose you get into an accident that causes injury to another person. In that case, that offense is a “wobbler” charge, meaning that it can be charged as either a felony or a misdemeanor, and it’s up to the prosecutor to decide.

Let’s now look at the most common penalties you face when committing a BUI offense and what defenses you can use if you ever get charged with one.

The penalties you face depend on which section of the California BUI law you violated and whether that’s your first offense or not. For first offenders that get charged with any form of BUI, other than BUI causing injury (Harbors and Navigation Code 655(f), the violation is charged as a misdemeanor, and its potential penalties include:

If you have any previous offenses that include any of the following:

Only then, the misdemeanor BUI (meaning not causing injury) can have a potential penalty of up to a year in county jail.

As per Harbors and Navigation Code 655(f), aggravated BUI (BUI causing injury) is considered a wobbler offense. Because of that, the prosecution can choose to charge it as either a felony or a misdemeanor, depending on several factors, including:

If charged as a misdemeanor, an aggravated BUI charge carries a minimum of 90 days and up to one year in jail, with the possibility of an additional fine of anywhere between $250 and $5000.

If the aggravated BUI gets charged as a felony, then it has a potential jail sentence of 16 months to three years.

Legal Defenses for Boating Under the Influence

There are a few ways to fight California BUI charges that a good defense attorney may use. Unsurprisingly, most of these legal defenses are similar to the ones used when fighting DUI charges.

Perhaps, the most common defense is claiming that you weren’t actually intoxicated. For example, if you get charged because of your boating pattern (driving too fast, not having the lights on, etc.), you could say that you were utterly sober while engaging in such behavior.

Along with that, claims about your physical appearance as proof you were intoxicated also don’t stand a chance. Things like having watery eyes or an unsteady gait can happen after prolonged sun exposure. There are even cases where the blood and chemical test can mismeasure your blood alcohol levels. So, there’s a chance for you to fight against such claims.

You Were the Victim of an Illegal Stop

According to the Fourth Amendment of the United States of America Constitution, you’re protected from being stopped by armed forces for no reason, as “probable cause” is required to be arrested for a suspected BUI.