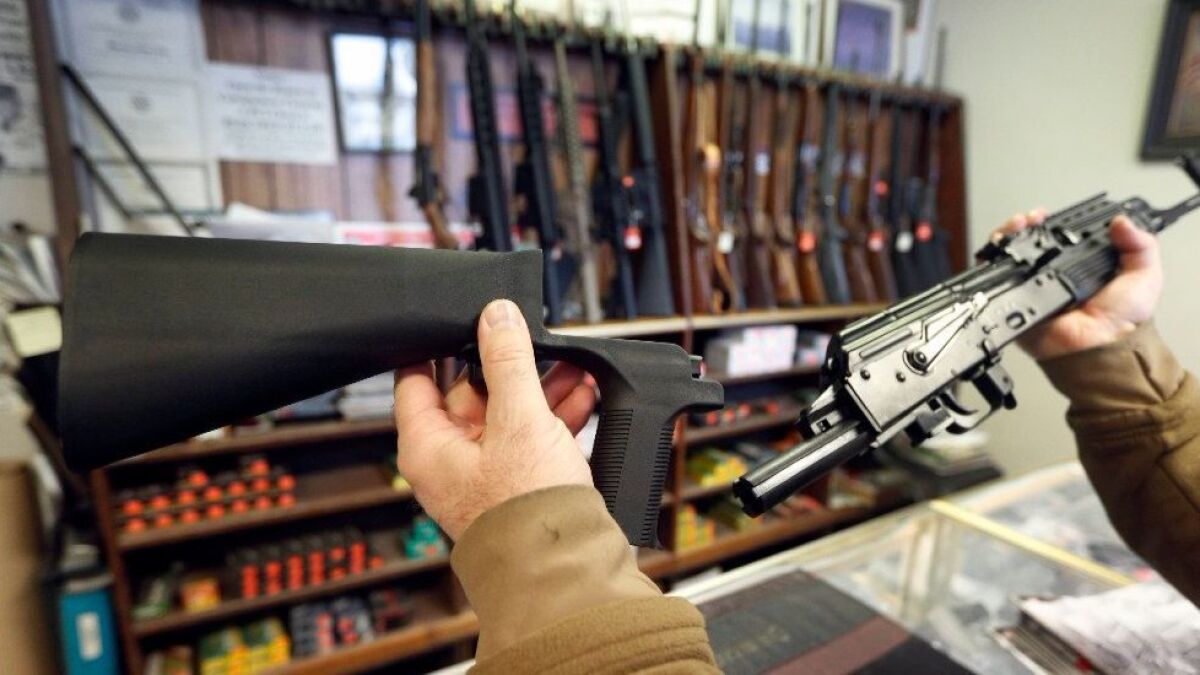 Bump stocks, devices used to modify guns for rapid fire, are illegal to possess under Code 32900 PC. This article aims to go over the defense options for charges under Code 32900 as well as penalties for this statute.

Possession of Multiburst Trigger Activators can be confiscated by the California Attorney General whether it is charged as a misdemeanor or a felony.

There are a number of defenses one may take for being tried under Code 32900 for possession of bump stocks, depending on the specific circumstances. Listed below are some of the most common defenses for such crimes.

On October 1, 2017, a shooting occurred that took the lives of 58 people. The shooter was about to fire approximately 90 bullets in 10 seconds by using bump stocks as a modification. As a reaction to this incident, a new regulation was put in place banning the possession of bump stocks. Under this regulation, bump stocks are considered to be machine guns.

This article addressed the penalties under California Code 32990, federal prosecution, and defenses that are commonly used against such charges. Regardless of the classification of the offense, it is important that you seek the assistance of competent legal counsel to help you best understand your legal defense while identifying an outcome that best minimizes your risk. We here at the H Law group patiently await your call.