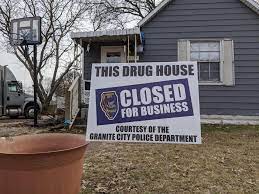 Fortunately for some and unfortunately for others, California has a long list of laws related to its anti-drug activities, and their scope goes farther than just banning the possession or manufacturing of controlled substances.

One of these laws is the Health and Safety Code 11366, which forbids people to own or maintain a place where they can sell, give away, or use drugs with and to other people.

What Penalties Can You Face for Violating Health and Safety Code 11366?

As already mentioned in the previous paragraph, this crime is considered a severe violation. However, as per the law, it’s defined as a wobbler offense, so it can get either a felony or a misdemeanor charge, but this will depend on the circumstances of an individual's case.

If the charge is defined as a misdemeanor, then the accused has to:

However, if the charge is a felony, then the crime is more severely punished, and the accused has to:

What Are the Possible Legal Defenses Against Such a Charge?

If you find an excellent lawyer to represent you, there are a few legal defenses that can be used to fight such a charge. Let’s take a look at what they are.

You Weren’t Giving Drugs to Other People.

If you’re wrongly accused, your attorney can argue that you owned these drugs only for your personal use and not with the intention of selling or giving them away to others. In some cases, you can go further and prove that the drug in question was prescribed to you and you bought it legally.

You Fell Victim to Unlawful Seizure and Search

This is a frequently used defense strategy against such offenses as it claims that the police have gathered the evidence illegally by performing an unlawful seizure or search. This includes:

The Violation Was a One-time Conduct

For a person to violate Health and Safety Code 11366, they have to repeatedly have sold or given away drugs to others. So a one-time occurrence isn’t enough for a person to be convicted under this law. In addition, your lawyer can argue that you weren’t a part of repeated drug activity, and this was just a singular event.