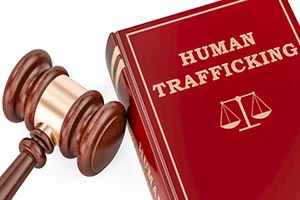 What are the legal defenses and penalties for human trafficking?

Human trafficking sounds like a pretty serious offense. However, many people accused of this crime have done nothing wrong or, at the very least, have committed a much less severe crime.

Having an experienced attorney who has dealt with such cases before may help you build a convincing enough defense so that you can avoid facing trafficking charges. As potential defenses, you can use:

Now that we’ve explained the basics of having a legal defense let’s take an in-depth look at the defenses you can use if you get convicted of human trafficking.

You need to know that you cannot deal with such charges without the help of an experienced lawyer. In the state of California, human trafficking crimes carry severe penalties and have a terrible social stigma. As we previously stated, your legal defense can include:

Claiming You Were Falsely Accused

Usually, the victims of human trafficking are low-level workers who are also immigrants - people that have a motive to accuse someone of holding them hostage in order to gain special treatment for themselves.

Suppose that’s your case and you were falsely accused. In that case, you and your attorney will have to dig up all possible evidence proving your innocence, including documents, interviews with other employees, and other types of relevant information.

Stating You Did Not Deprive The Victim of His/Her Liberty

In real life, there are many areas that can be called “grey areas” that sometimes lead to false accusations of human trafficking. Maybe the case is that the alleged “victim” believed they couldn’t leave their workplace, when in fact, you haven’t done anything to make them think that.

Or maybe you did threaten the victim with consequences if they left their job, but those threats weren’t severe enough to make you responsible for trafficking people.

You Made a Mistake of Fact

When it comes to defending against a human trafficking charge, a mistake of fact is a valid defense, and it depends on whether you realized what you were doing when you committed the alleged crime for which you are accused.

Maybe you took your household employee’s passport for safekeeping because you assumed that was a way to prove that you were complying with the country’s immigration laws.

If you get accused of any of the crimes that fall under Penal Code 236.1, you should expect to face some severe penalties. Human trafficking is considered to be a felony per California law, regardless of what kind of human trafficking crime resulting in a conviction.

Each crime includes the possibility to pay up to one-half million dollars in fines. It also includes spending anywhere from 5 to 20 or more years in state prison and the requirement to register yourself as a sex offender (applies only to the sections of the Penal Code 236.1 that deal with sex crimes).