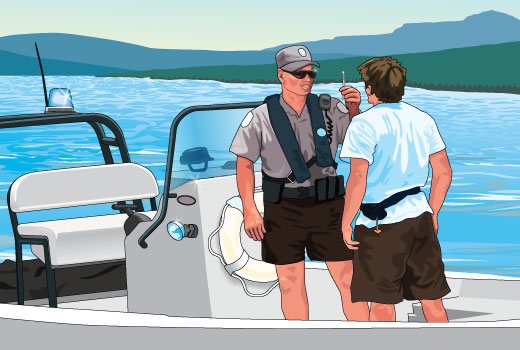 "
Penalties for Boating under the influence
", by
Boat Ed
,
Licensed under
CC BY 2.0

Is It Illegal to Operate a Watercraft, Boat, or Jet Ski Under the Influence of Drugs or Alcohol

Many people often wonder whether “boating under the influence” is the same kind of a crime as a DUI. Well, let’s try and give an answer to that question.

‍Under Harbors and Navigation Code 655 in California, you are prohibited from boating under the influence. According to this section of the law, you’re committing a crime if you operate any watercraft, boat, jet ski, or vessel while intoxicated or under the influence of drugs.

Specifically, per California BUI law, it’s a crime to do any of the below actions:

‍Examples of Violation of Harbors and Navigation Code 655

Some examples of people who have violated the Harbors and Navigation Code 655 and can thus be charged with a BUI include:

Essentially, much like in the case of a DUI, any time you start operating a vessel after consuming a good amount of alcohol and/or drugs, it can be deemed a violation of the BUI law in California. If your actions harm another person, the penalties you will face are more severe than if you’re simply caught operating a boat while being under the influence.