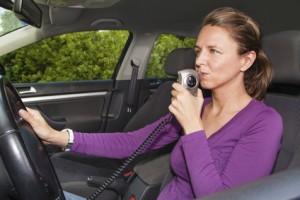 "
Ignition Interlock
", by
How to fight DUI charges
,
Licensed under
CC BY 2.0

When someone is arrested for driving under the influence, they will have to go to a trial that takes place in a California criminal court. They may also go to a DMV license hearing, however this is not mandatory. In this article, we will go over the difference between these two procedures and how they work under California law.

What is a DMV administrative hearing?

A DMV administrative hearing may be requested by the individual arrested for drinking under the influence if they wish to dispute having their license suspended. After being arrested for a DUI, you will have ten days to request this hearing. The DMV will suspend your license unless a hearing is requested, and even then it is likely that your license will still be suspended. However, your license may be defended at a hearing over the following points of discussion:

What happens in a Criminal Court Trial?

Though a DMV hearing is up to the individual whether or not they wish to request one, it is not optional to attend a trial court for a DUI. In this trial, it will be decided whether or not you will be charged with driving while under the influence. The outcome of your DMV hearing will not affect your court case. Even if you win your DMV hearing, you may still be charged in court, as well possible jail sentences, fines, and probation. A trial court can result in the suspension of your driver’s license, however, if you aren’t charged in court with driving under the influence and are found not guilty, it is likely that the DMV will then reverse your license suspension.

Will a finding of guilt result in a jail sentence?

DUIs are wobbler offenses, but generally for a first-time offense, a DUI will be charged as a misdemeanor. Penalties for first-time DUIs can be different depending on the county, but in certain cases, misdemeanor DUIs can lead to a jail sentence of as much as six months.

This article describes the difference between an administrative DMV hearing and a Criminal Court Trial for a DUI. If you have been arrested for drinking and driving and would like to learn more about how you can defend your case, please consider contacting us.