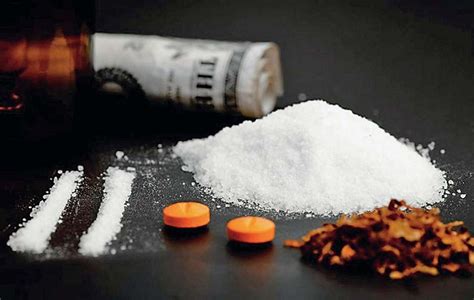 What Does the Prosecutor Have to Prove to Charge You for Drug Possession?

When the prosecutor files charges, they must be able to prove all areas of the crime to obtain a conviction. If the prosecutor fails to prove each facet of the crime beyond a reasonable doubt, the defendant is acquitted. In the State of California, the charge of drug possession falls under the Health & Safety Code section 11350(a) or 11377(a) for the possession of methamphetamine. While this used to be a felony offense in the State of California, it is currently classified as a misdemeanor offense.

There are two criteria that must be proven by the prosecutor:

(1) The defendant possessed a controlled substance;

(2) The substance is a controlled substance that falls under Schedule III, IV, or V and the defendant did not have a prescription from a physician, dentist, podiatrist, or veterinarian.

Possession of a Controlled Substance

The first criteria are met if the prosecutor can prove the defendant knowingly possessed a controlled substance. This is normally obtained through the law enforcement investigation process. When an officer contacts a person in the possession of a controlled substance, they will begin an investigation. The officer will often provide the defendant with their Miranda warning and if the suspects waive their right to remain silent, the officer will conduct a line of questioning to determine if the suspect knowingly intended to possess a narcotic.

If the suspect admits to possessing an illegal substance, and they admit they do not have a prescription to legally possess the narcotic, the first and portion of the second criteria have been met. The suspect has confessed to officers they knowingly possessed a narcotic and did not have a prescription. This confession will be used at a potential trial or hearing as evidence against the defendant. There are other methods to prove possession, such as witness statements or an officer’s own observations. These will be documented in a police report and submitted to the prosecutor for consideration.

There are exceptions to possessing narcotics. A person may possess a narcotic not prescribed to them in certain situations.  For example, if the suspect possessed the narcotic to deliver it to another person who has a valid prescription for the narcotic, the possession is not illegal. For this exemption to be considered, the suspect must prove the prescription holder gave them permission to obtain/deliver it or to discard it in a lawful manner.

It is very important to have qualified legal representation when facing possession of a controlled substance charge. The penalties for this offense can include a fine of $1000 for a first offense or $2000 for a subsequent offense and a potential jail sentence for up to 1 year in county jail.

A skilled attorney can examine the evidence collected by the officers and the prosecutor. If evidence was obtained illegally, it can be excluded at a trial. Additionally, an attorney will assist in defense to potentially mitigate the punishment or fines associated with a conviction.