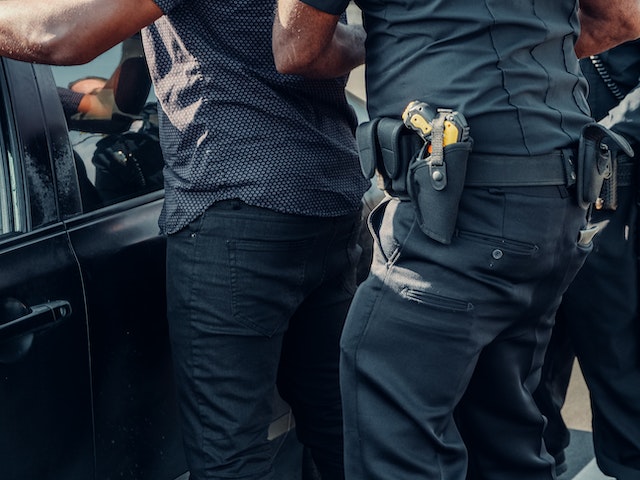 "
Man in black with white checked
", by
Kindel Media
,
Licensed under
CC BY 2.0

As you may have imagined, there are multiple defense possibilities when it comes to the possibility of a firearm enhancement to a crime for which may or may not have been committed. There are some creative defenses, but always remember, that such defenses are only explored under the rule of law.

Unfortunately, there is no “my dog ate my homework” defense; however, there are defense possibilities such as, but not limited to:

Let’s explore each of the above, to get a better idea of what they mean and whether they apply to your case. Law enforcement as well as the prosecutor must “get” a conviction of a felony before a firearm enhancement may even be considered. If you commit an offense and it is plead down to a lesser-included offense such as a misdemeanor, then the enhancement no longer applies.

Next, is the defense that a firearm was not used during the commission of a felony. There is a significant “gray” area in this defense because if a firearm was brandished, then that may be considered use, even if it were never fired. For example, a group of men wearing masks of past Presidents enters a bank all carrying automatic weapons. They demand that bank employees fill their bags full of money and they exit the bank. No shots were ever fired, but a felony among friends has been committed with automatic weapons. Surveillance footage reveals the robbery and the weapons, but cannot pinpoint who had them in their possession given that three of the five showed them during the commission of the robbery.

Next, would be the defense of law enforcement misconduct, insomuch that one of the robbers mentioned above confessed to being one of the three holding an automatic weapon, but later indicated that the police during the interrogation repeatedly “hit” him to get the confession, then such a confession may be excluded and the firearm enhancement dropped.

Finally, is the illegal search defense. This simply refers to the Fourth Amendment where law enforcement cannot search you or your property without probable cause. Simply stated, if law enforcement suspects the five friends of this robbery, and they go to their residence and ask to search the house, the brothers refuse to grant access, and law enforcement do so anyway and a gun is found, this may be a product of an illegal search. In short, the punishment component then falls under the 10-20-Life rule of 12022.53 PC.