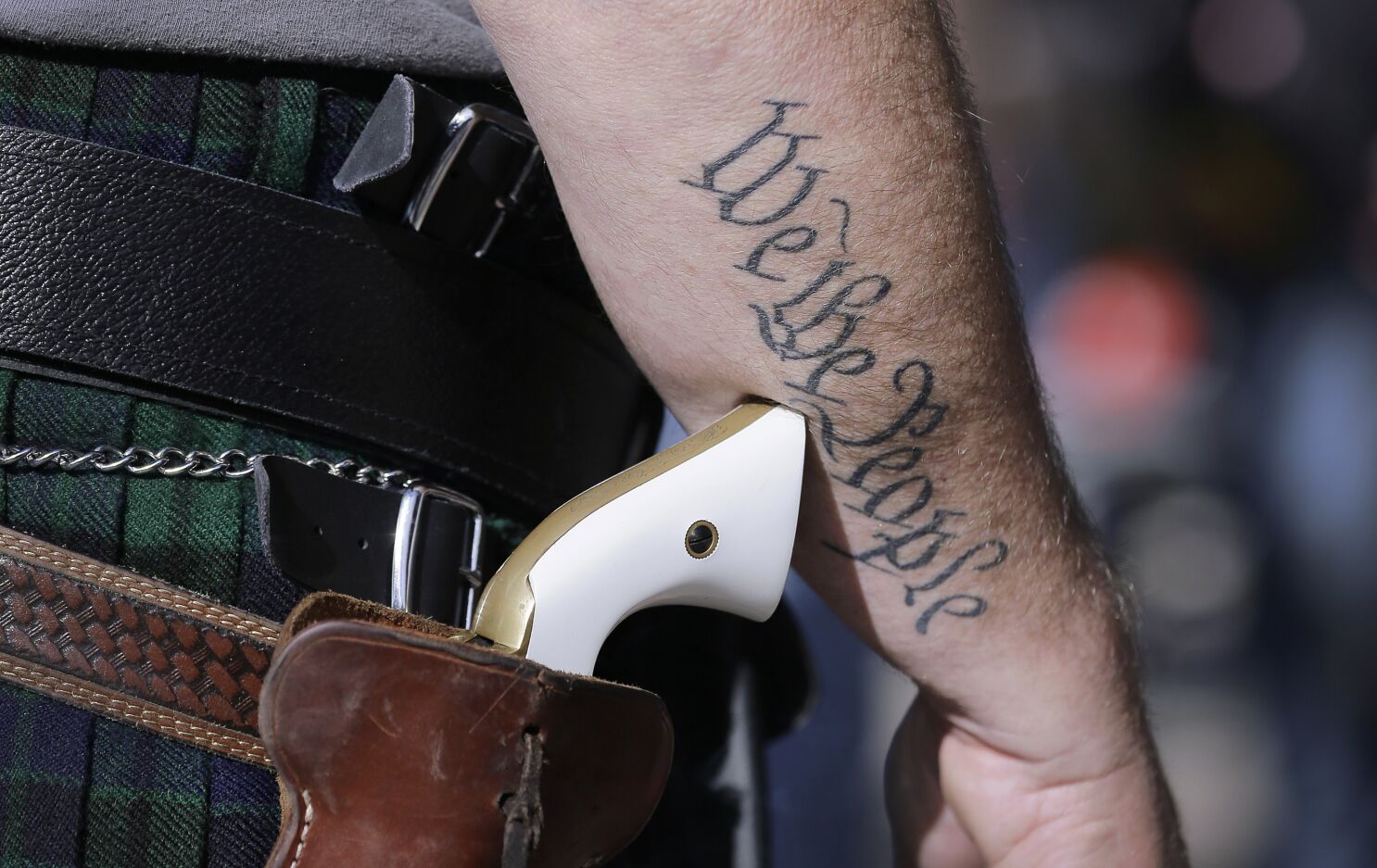 "
Supreme Court's Ruling on Guns Means
", by
LA Times
,
Licensed under
CC BY 2.0

As with any crime, there are a number of legal defenses one might have at their disposal if charged for violating the State of California’s open carry gun law. Specifically, there are three primary legal defenses that are commonly used among those charged, and they are as follows:

Was not carrying a handgun in a public place or setting

The practice of open carry, where gun owners openly carry firearms while they go about their daily business, has seen an increase in the United States in recent years, and is a hotly debated topic in gun politics. This has been marked by a number of organized events intended to increase the visibility of open carry and public awareness about the practice. Proponents of open carry point to history and statistics, noting that criminals usually conceal their weapons, in contrast to the law-abiding citizens who display their weapons. Despite these laws, practices, and privileges, if you did not have a handgun in your possession (person, place, or vehicle), then the burden of proof falls on law enforcement and the court to show otherwise.

There was an exemption from the law

A gun was found during an unlawful search and seizure

An unreasonable search and seizure is a search and seizure executed 1) without a legal search warrant signed by a judge or magistrate describing the place, person, or things to be searched or seized or 2) without probable cause to believe that certain person, specified place or automobile has criminal evidence or 3) extending the authorized scope of search and seizure.

If you are convicted of violating California Penal Code 26350, you may be subject to the following penalties:

It is important to note, that if charged with an open carry violation, it is generally done so as a misdemeanor. Regardless of the classification of the offense, it is important that you seek the assistance of competent legal counsel to help you best understand your legal defense while identifying an outcome that best minimizes your risk. We here at the H Law Group patiently await your call.