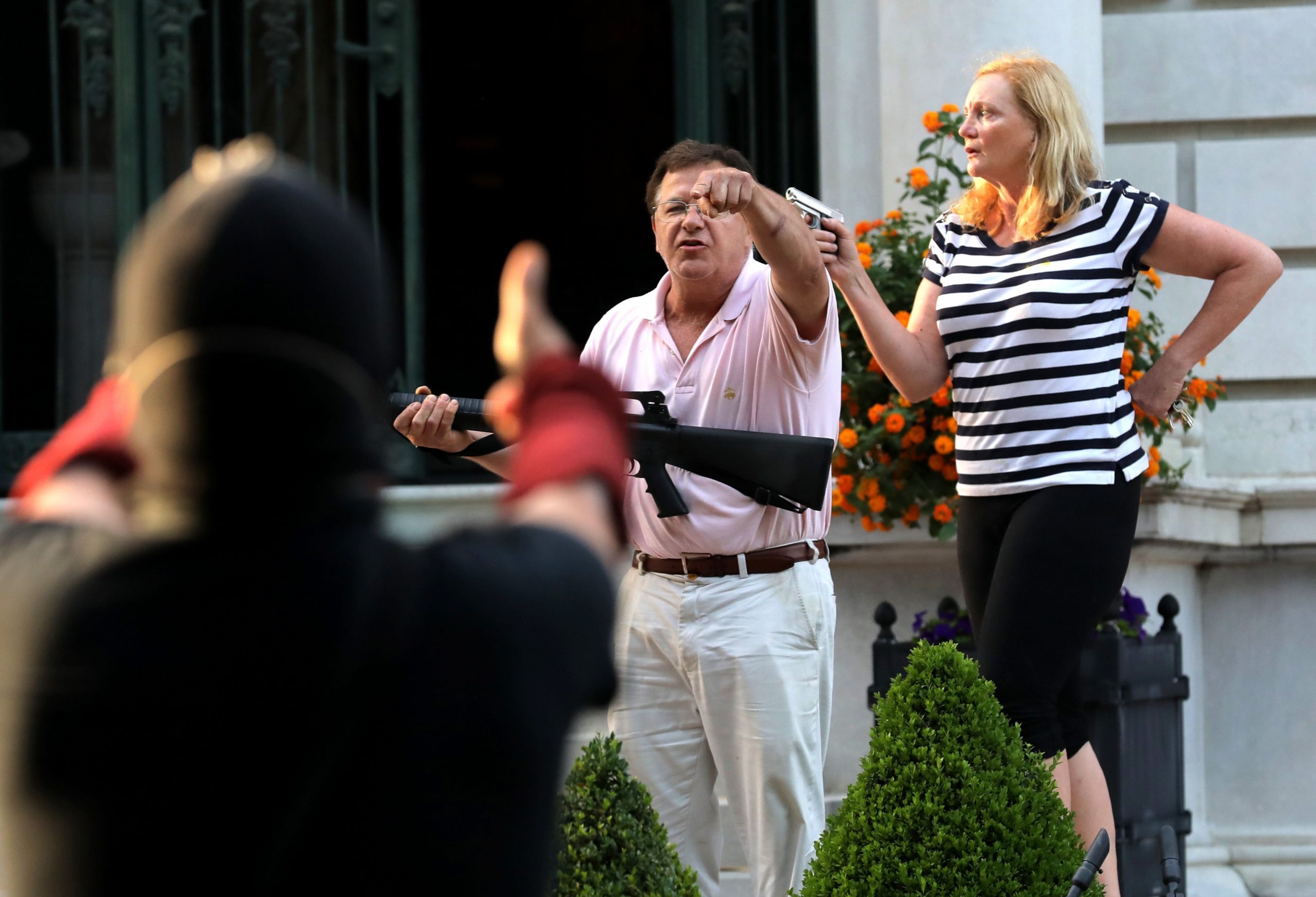 "
What counts as brandishing
", by
The Trace
,
Licensed under
CC BY 2.0

Legal defenses and penalties for brandishing a weapon

Although state law prohibits brandishing a weapon or firearm, there are still a number of legal defenses one may use to defend such a charge. It is important to understand that the lack of a formal legal definition of brandishing does not mean that brandishing a firearm, whether accidentally or with the intention of intimidating, will not result in criminal charges. Brandishing a firearm may fall under other state laws, such as aggravated assault, assault with a deadly weapon, improper use of a firearm, menacing, intimidating or disorderly conduct. Criminal legal consequences may vary from misdemeanor citations to felony charges based on the state or jurisdiction that you are in and the specifics of your particular incident. Depending on your state, additional penalties may incur if your brandishing incident occurs in the presence of a law enforcement officer, public official or emergency medical responder.

In a previous article, brandishing a weapon or firearm is considered to be a wobbler offense in the State of California and the penalties are based upon whether one is convicted of a misdemeanor or a felony. If found guilty of a misdemeanor, the following sentence may be imposed: