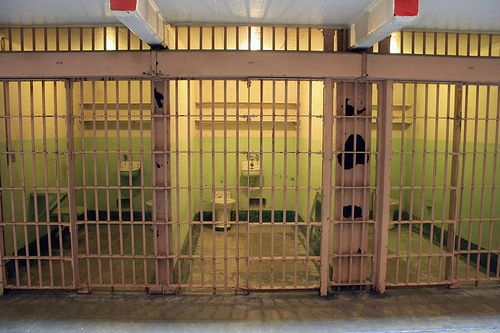 Is There Jail Time Associated with a First Time DUI?

After being arrested for a DUI, several questions may run through your head. One of your biggest concerns may be if you will have to serve jail time as a result of a first-time DUI conviction. The answer is “maybe.”

When you are arrested for a DUI in California, you’ll likely be charged with violation of VC 23152(a). A conviction under this code requires a mandatory two days in jail along with other consequences. However, there are methods available that may help you avoid jail time. By hiring a knowledgeable attorney who is aware of these methods, they may help you avoid jail time and some of the associated consequences that accompany a first-time conviction for DUI.

Let’s first look at the mandatory sentence for a conviction of VC 23152(a):

VC 23536(a):  If a person is convicted of a first violation of Section 23152, that person shall be punished by imprisonment in the county jail for not less than 96 hours, at least 48 hours of which shall be continuous, nor more than six months, and by a fine of not less than three hundred ninety dollars ($390), nor more than one thousand dollars ($1,000).

The statute indicates a person convicted of VC 23152(a) must spend a minimum of two consecutive days in jail and may serve up to a maximum of six months in jail. The statute allows jail time to be served on your days off, so you will not be required to miss work or potentially lose your job as a result of a conviction and mandated jail sentence. This is another matter a knowledgeable attorney can assist you with. An attorney will often negotiate with the district attorney and court to coordinate an agreement that may reduce the financial and emotional impact of a conviction of a DUI.

Another option that could be used in the event you were arrested for a first-time DUI, is attempting to have the charge changed to “wet reckless” driving. In this situation, you plead guilty to a reckless driving charge but agree it was a “wet” conviction meaning drugs or alcohol were involved in the offense. The “wet reckless charge” is prosecuted under vehicle code section 23103/23103.5. It is important to understand that while this is prosecuted under a separate vehicle code section, it still is recognized technically as a DUI when the prosecutor stipulates it as a “wet reckless.”

The important thing to recognize is the fact that a conviction for 23103.5 does not require a mandatory jail sentence. While the court can impose a sentence of five days up to 90 days in jail, there is no required jail sentence. It is important to understand this does not eliminate other consequences associated with a DUI or wet reckless conviction. There are also possible driver’s license restrictions, required DUI school, and fines and fees associated with any conviction. It is important to consult with an attorney to learn about available options, remedies, and consequences of a DUI arrest. Contacting an attorney as soon as possible can improve your outcomes of a DUI arrest.