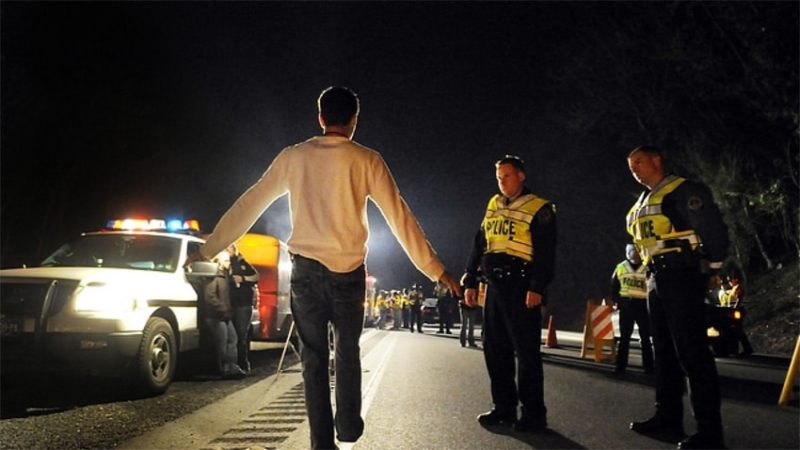 A DUI starts with a police officer pulling someone over for any reason at all. It could be that the officer believes the driver is driving erratically on the road, or it can be for a standard traffic stop – such as not having the right brake tags or a broken taillight. Once the officer suspects that the driver has been drinking alcohol and may be under the influence a roadside sobriety test will ensue. This often includes a Breathalyzer test. The test can normally be conducted either at the site of the traffic stop or at the DUI testing center. The officer will likely give you the option of where to take it. You do have the right to refuse the test; however, that is not advisable. Upon refusal, you may immediately have your license suspended and face a DUI charge right away.

A first-time offender DUI charge is typically a misdemeanor DUI. However, this differs depending on other circumstances, such as if there were illicit drugs involved, the driver’s BAC level, property damage, or bodily harm.

In many cases, a DUI charge will lead to some jail time at first. This depends on the situation, how intoxicated the officer believes the driver is, and the willingness of the driver to cooperate with the police. If you are not released right away, you will be booked, have your mugshot taken, and be fingerprinted. You may have to stay in jail until you are sober, or in some states, you must stay in jail for a minimum number of hours. You will likely have to call a bail bondsman to secure a bond and your release from jail.

In addition to possible jail time, fines, a lengthy legal battle, and car insurance rate increases are other consequences of a DUI. Getting your license taken away for any length of time is treated as a “good faith” attempt to not make the mistake again. This is often coupled with DUI classes as a form of therapy. You may also lose your car.