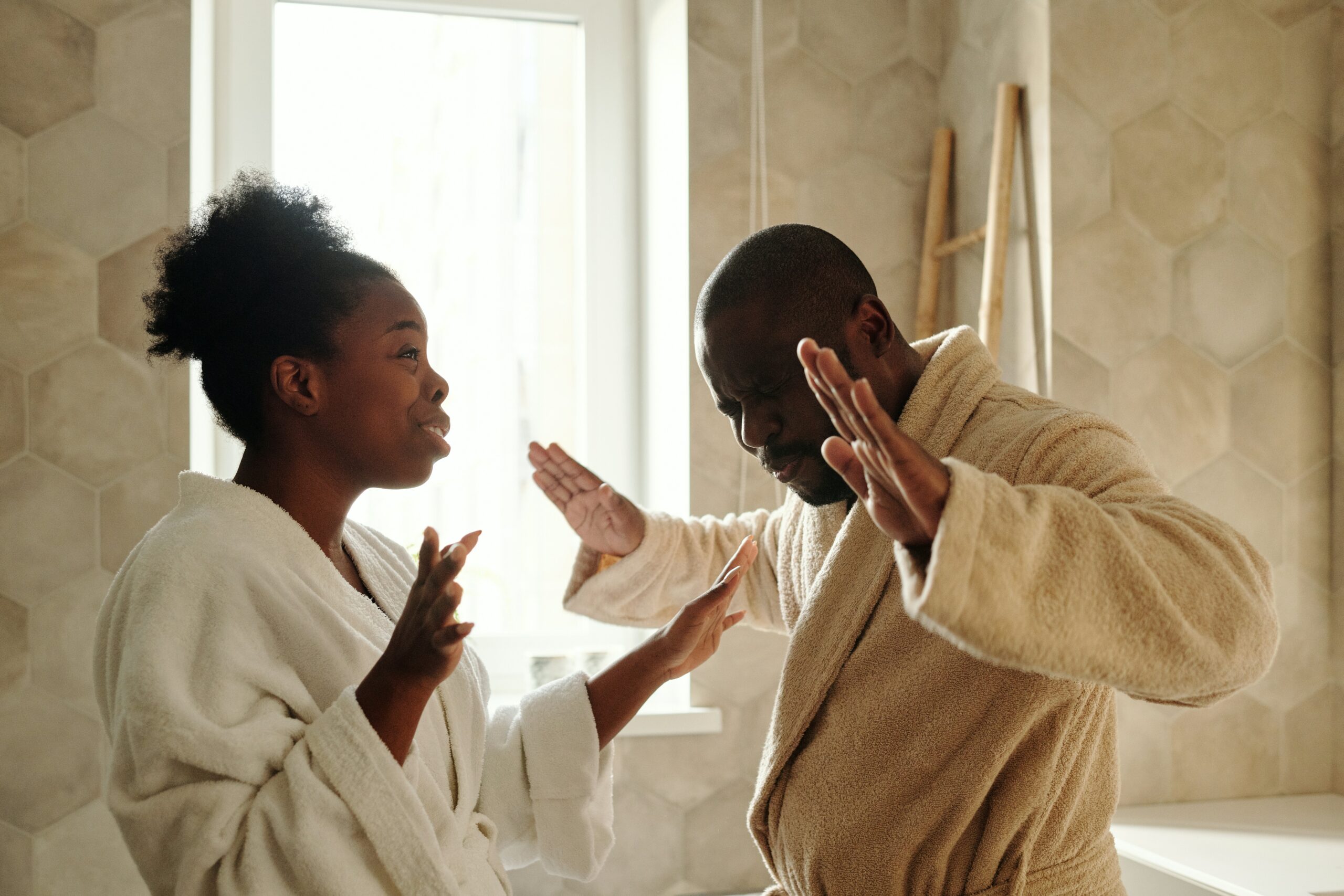 Can Domestic Violence be Mutual?

Posted on
February 12, 2021
in
Domestic Violence

What is “Mutual Domestic Violence?”

Many people think of domestic violence as always being one-sided but that is not always the case.

Self Defense or Domestic Abuse?

You have a right to self-defense, which means protecting yourself using reasonable force against someone whom you perceived to be an imminent threat to your safety. In California, the standard you will be held to is reasonable conduct given the circumstances.

This means that if the violence committed by one party in response to a threat to them may not be characterized as self-defense if the violence was not reasonable given the circumstances.

There is an interesting problem that arises when the woman is the aggressor in the initial conflict. Men, of course, have the right to defend themselves against imminent threats to their safety.

However, often times when the male defends himself against a woman that is threatening him, he is still seen as the aggressor and that self-defense was not reasonable given the circumstnaces. This is not always fair for the male party.

While this may initially seem like mutual domestic violence, if one party waited until he or she feared for his or her safety before fighting back, it may be that they were only acting in self-defense. This wouldn’t be mutual domestic violence. Unfortunately, while everyone has a right to protect themselves out of self-defense, that right is sometimes not recognized for men in court.

Often, men are seen as the primary aggressor. This is part prejudice and part common sense. This often results in the man being arrested and charged with domestic violence when he was actually fighting out of self-defense.

There are many factors to consider when deciding if a party acted in self-defense or not. Some questions to evaluate include:

The issuance of a mutual restraining order under the Domestic Violence Prevention Act requires that a party acted primarily as an aggressor and not in self-defense.

Under the Domestic Violence Prevention Act, a family law court may issue an order “to restrain any person for the purpose of preventing a recurrence of domestic violence and ensuring a period of separation of the persons involved, if an affidavit or, if necessary, an affidavit and any additional information ... shows…reasonable proof of a past act or acts of abuse.” California law “regulates the issuance of mutual restraining orders under the Domestic Violence Prevention Act by subjecting them to additional procedural requirements. Family Code section 6305 provides that a “court may not issue a mutual order enjoining the parties from specific acts of abuse described in Section 6320(a) unless both parties personally appear and each party presents written evidence of abuse or domestic violence and (b) the court makes detailed findings of fact indicating that both parties acted primarily as aggressors and that neither party acted primarily in self-defense.”

This means and the situation tends to arise when one party files for a restraining order against the other, and the other party claims that the first party engaged in violence as well. In order for there to be a mutual restraining order, BOTH parties must be deemed aggressors and not merely one aggressor and another acting in self-defense.