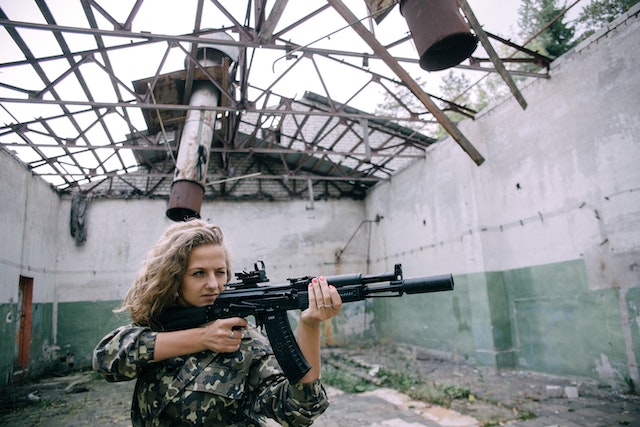 There are a variety of ways a person may possess a firearm in the State of California. A person may purchase a firearm in accordance with state guidelines, where a background check is processed, a fee is paid, and the gun is registered to a rightful owner. Firearms may also be purchased through illegal means such as “off the streets” where there is no documentation of the transaction. In either case, a convicted felon may not engage in either transaction since it is illegal for a felon to possess a firearm in the State of California in accordance with PC 29800 (a)(1).

The term firearm includes rifles, shotguns, revolvers, pistols, or any other device designed to be used as a weapon from which a projectile is expelled by the force of any form of combustion. The term firearm includes the frame or receiver. A handgun is any pistol, revolver, or other firearm capable of being concealed upon the person that has a barrel length of less than 16 inches.

There are; however, some interesting carve outs and exceptions. In the State of California, if you have been convicted of a misdemeanor domestic violence charge, you may not own or possess a firearm for a period of up to ten years. A lifetime ban applies to those with a felony domestic violence conviction.

A felon’s civil rights may be limited to the loss of the right to vote, to run for public office, and even to serve on a jury. Perhaps the most well-known right that is forfeited is the right to bear arms. below, are some examples of cases in the State of California, where previously convicted felons were indicted by a grand jury on possession of a firearm: