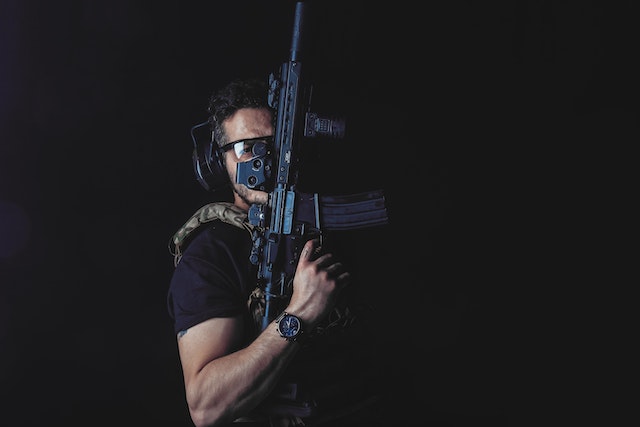 Assault by a firearm defined

A deadly weapon need not be a weapon in the traditional sense. For example, in Acers v. United States the Supreme Court acknowledged that a large rock could be considered a deadly weapon when used by a defendant to strike the victim in the head, fracturing his skull. Some jurisdictions allow for even more flexibility in the definition of a deadly weapon.

A prosecutor charging a defendant with a crime such as "assault with a deadly weapon" must prove both that the defendant assaulted the victim with a weapon and that the weapon was indeed deadly. Whether or not a weapon was deadly is a question of fact usually left to the jury. The fact finder decides after examining the evidence presented and the facts of the case. The physical qualities of the weapon as well as the manner in which the defendant wielded it are important factors in the fact finder’s decision. Additionally, the size and weight of the weapon are often considered, as well the degree of force used by the defendant, and the type and bodily location of injuries to the victim.

Is a firearm and deadly weapon two different means of assault in the State of California? The instrument used includes any type of firearm, knife, bat, car, or anything other type of weapon that could produce significant harm to the victim.

In order to prove a charge of assault with a deadly weapon, the prosecutor has to prove beyond a reasonable doubt that you assaulted another person and you used a deadly weapon or force that would likely result in great bodily injury.

An assault charge does not require that you actually make physical contact with or injure the person.