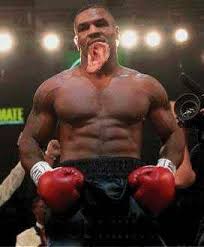 As outlined in California’s Penal Code 203, a mayhem charge is classified as a felony that can result in up to eight years in state prison and a fine of $10,000. Additionally, other factors such as the age of the victim, if they have any disabilities, and even just the severity of the incident may result in further charges.

While the definition of mayhem can be a little broad depending upon the circumstances, typically mayhem revolves around the following actions:

While these are the usual physical conditions surrounding a mayhem charge, there are other elements required for an incident to be considered mayhem. For a crime to be considered mayhem, it also needs to be intentional and/or malicious. As such, instances, where a mayhem charge can be reduced to a misdemeanor (or dismissed altogether), may include:

However, a crime can still result in a mayhem charge even if the outcome that happened wasn’t the perpetrator’s intention. An example may include when a victim is being robbed/threatened with a weapon such as a knife or gun.

Instead of fully cooperating, the victim instead acts in their legal right of self-defense and tries to stop the perpetrator. Amidst the struggle, the victim is harmed by the weapon, such as having their ear cut off or being paralyzed by a bullet.

Although it wasn’t their intention to harm their victim in such a way, because they were already acting unlawfully and exercising force with a deadly weapon, they can still be charged with mayhem.

Due to the severe penalties that a mayhem charge can bring, having an experienced criminal defense attorney on your side is the best solution. They will be able to work with you to make sure you receive the best representation. Depending upon your circumstances, they may even be able to reduce your charge to a misdemeanor.