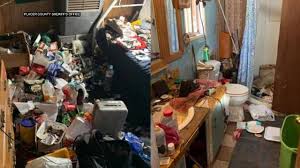 "
Child Endangerment
", by
CBS Sacramento
,
Licensed under
CC BY 2.0

According to Kids and Car Safety, over 1,000 children have died in hot cars nationwide since 1990. Even the best of parents or caregivers can unknowingly leave a sleeping baby in a car; and the end result can be injury or even death. Far too many children have been inadvertently left in vehicles or have gotten into a vehicle on their own. Vehicular heatstroke tragedies change the lives of parents, families, and communities forever. The stories at the links below are about children whose lives were lost, and near misses, after becoming trapped inside of a hot vehicle.

Johnny does the same thing every morning. At 5 a.m., before the sun rises, he sits at his desk with a jar of dirt. Dirt, from his baby's grave. He puts his fingers in the dirt and talks to his son who died July 8, 2008.

Around 11am on a hot summer July morning, Johnny’s co-worker poked his head into his office and asked him if he had a doll in the backseat of his car. His heart sunk into the pit of his belly as he ran out of his office to the car, opened the door, removed his 18-month old son from the backseat and ran into the parking lot holding his lifeless body. Johnny and his wife just adopted an infant from Russia and the small boy was only in their care for three days when this terrible tragedy occurred. Johnny was charged with the child’s death, but was found not guilty. Johnny, soon after the death, was hospitalized for a mental breakdown and cared about nothing in life.

California Penal Code 273a refers to Child Endangerment which stipulates that one may be charged if they willfully expose a child under the age of 18 to unjustifiable pain, suffering, or danger. Child endangerment is painted with broad strokes as this can be a detailed, yet tricky charge where such are designed to punish behavior that might lead to a child becoming harmed, but they do not require that children actually suffer an injury or physical harm. State laws often categorize child endangerment as placing a child in a situation that might endanger the child's life, health, welfare, morals, or emotional well-being. However, child endangerment may still be charged in cases where the actions of the caregiver did eventually result in the child being physically injured or harmed.

There are a multitude of examples where a defendant may be charged with child endangerment. To obtain a conviction for child endangerment crime in the State of California, a prosecutor does not have to show that a parent or caregiver intentionally meant to expose the child to a dangerous situation. The courts apply a "reasonable person" standard in child endangerment cases and this is where it can be tricky. This means that even if the accused didn't realize the situation was dangerous, reasonable people in that situation would have understood their actions endangered the child's well-being. The circumstances of each case will determine whether the defendant either knew or should have known that the child was endangered. Generally, an adult caregiver must do more than simply make a mistake or act unwisely. A caregiver must place a child in a situation where it is more likely than not the child will become exposed to harm.