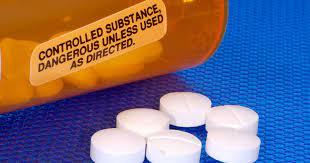 "
Controlled Substances Act
", by
tylerflood.com
,
Licensed under
CC BY 2.0

For many years, drug trafficking penalties were not much more severe than DUI or other criminal penalties. Then, in 1986, at a party to celebrate his draft by the Boston Celtics, college basketball phenom Len Bias did one line of cocaine, laid down, and died. An autopsy revealed that he had no other drugs in his system and he had no pre-existing medical conditions. 1986 was an election year. So, Congressmen who were anxious to appear tough on crime approved harsh mandatory minimum sentences for minor drug trafficking offenses.

Lawmakers began eliminating those draconian sentences in the early 2000s. Furthermore, former President Barack Obama pardoned thousands of people who had been sentenced under these laws. Many of these former defendants had served their sentences and been released. But the collateral effects of their convictions continued.

Elements of a Drug Conspiracy or Similar Case

Attention to detail matters in these situations. If the indictment does not include the correct verb (manufacturing, distributing, or dispensing), drug trafficking charges are difficult to prove in court.

Moreover, federal prosecutors must either establish actual manufacturing, distributing, or dispensing, or possession with intent to do one of these things. Police stings and other such operations often lead to in flagrante delicto (red-handed) illegal transfers. Normally, however, prosecutors must use circumstantial evidence to establish intent.

Finally, the substance could be a controlled substance or a counterfeit substance, which is basically a fake prescription or other drug.

In terms of direct penalties, there are basically two levels of drug trafficking offenses in federal court: mandatory minimum and probation eligible.

Mandatory minimum prison sentences are much lighter today than they were in the late 1980s, because of Len Bias’ death, and the 1990s, because of the 1994 Crime Bill. Today, mandatory drug trafficking minimums start at:

Weight is not the only factor that can trigger a mandatory minimum. One prior drug felony, two prior drug crimes, or two prior violent felonies also supports an enhancement.

Additional penalties apply if someone who used the drug died or was seriously injured, or if the offense occurred near a school, playground, youth center, video arcade, pool, or public housing complex.

Details matter. If a controlled substance on this list was mixed with a substance not on the list, which is a common practice, the drug weight is different. Location enhancements are another example. A restaurant with a handful of video games is not an arcade and an apartment complex with a few affordable housing units is not a public housing development.

If prosecutors can establish the elements of drug manufacturing, distribution, or distributing, but the amount is below the mandatory minimum threshold or the defendant doesn’t have a disqualifying criminal record, probation is usually available.

As a general rule, the period of probation is about half the prison term length (e.g. a six-year prison sentence means three years of probation). During this time, defendants must comply with a number of conditions. Some are generic, such as avoiding further trouble with the law. Others are offense-specific, such as submitting to random drug tests.

These offenders may be eligible for early discharge from probation. The judge may discharge probation after a year. The probation officer has this power after defendants serve half their sentences.

Legally, criminal convictions never fall off your permanent record. However, the searches most potential employers perform only go back seven years.

A felony drug conviction could mean denial of financial aid or disciplinary action, including probation, suspension, or expulsion.

There is not much an LA criminal defense lawyer can do about financial aid. Lying on the application is usually a federal offense. However, before a university or college metes out disciplinary action, it must provide notice and an opportunity to be heard. That’s especially true for public institutions. An LA criminal defense lawyer can represent students at these hearings and present mitigating circumstances.

As mentioned, criminal convictions remain on your permanent record forever. If someone commits a drug crime, or any other crime, near your home or place of business, investigators are almost sure to come knocking. And, they are usually not very polite. Usually, the best thing to do is remain silent and ask for an LA criminal defense attorney. Be advised that, if you assert this right, investigators will almost surely arrest you.

Most professional licenses in California require no felony convictions. In this context, an ounce of prevention is worth a pound of cure. So, if possible, it’s important to reduce felonies to misdemeanors. Other remedies might be available, such as executive pardon,

Obtaining this remedy is not as difficult as you may think. Presentation and timing are usually the keys to success. An LA criminal defense attorney must know how to pitch the pardon application and who to pitch it to. This person is usually an associate chief of staff. Additionally, the application must jive with the president’s political agenda.