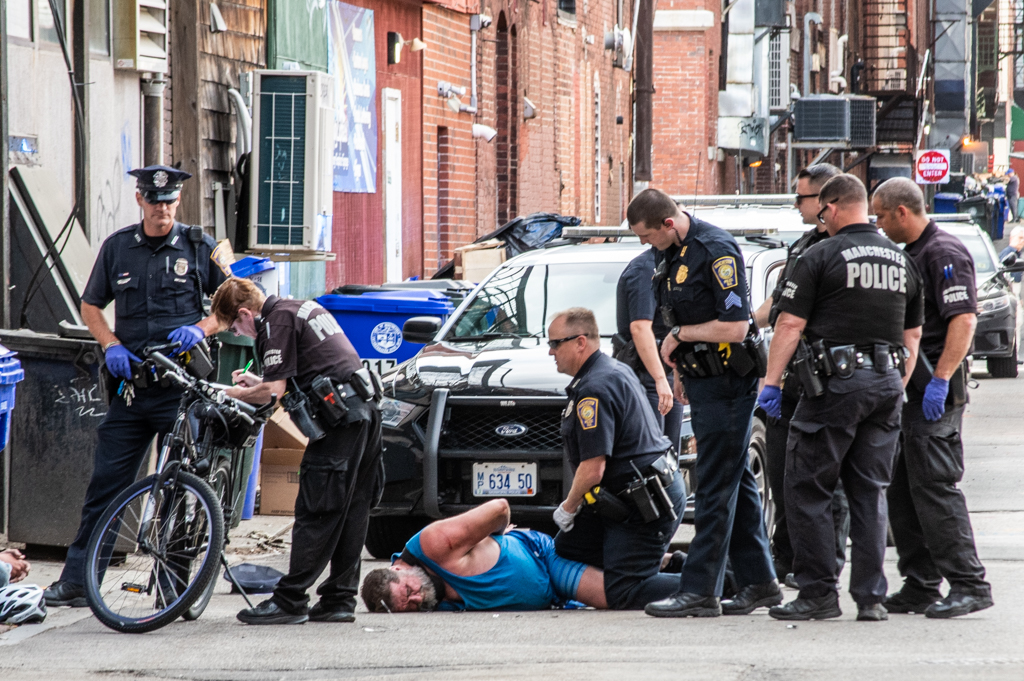 "
Threatening to punch cop
", by
Manchester Ink Link
,
Licensed under
CC BY 2.0

As per California law, the acts of threatening or resisting a police officer, deputy sheriff, or other peace officers can be treated either as misdemeanors or felonies, depending on the case's specific circumstances. One of these things needs to happen for a “resisting arrest” case to be charged as a felony:

With that said, most cases of “resisting arrest” are typically charged as misdemeanors as they deal with instances where people refuse to get arrested or delay the work of an officer without using any violence.

The Charges for Resisting a Police Officer or Deputy Sheriff

Charges for resisting arrest are usually under either Penal Code 69 or Penal Code 148, depending on the severity of the charge. Section 69 outlines the offense in cases where force or violence was used against an executive officer.

On the other hand, section 148 deals with the offense of obstructing, delaying, or resisting a peace officer. Unlike section 69, with section 148, the prosecutors don’t require proof that the accused used violence or force to resist.

Penalties for Resisting Arrest by Means of Force or Violence

If you get charged with violating Penal Code 69, then you are receiving a “wobbler “ offense, which essentially means that it can be charged as both a misdemeanor or a felony.

If charged as a felony, you face serious consequences, including up to 16 months or 2-3 years in prison and a significant fine that can be as high as $10,000. Most people charged under section 69 are eligible for a suspended sentence and probation.

With that said, if the prosecutor initially decides to announce a felony charge due to a violation of Penal Code 69, that does not mean that you can’t defend against the accusation. Since this offense is considered to be a “wobbler,” it can get reduced to a misdemeanor by a judge or prosecutor.

The most common defense strategy is to check if the officer who tried to perform the arrest has previously had any misconduct that might undermine his credibility and undercut the prosecution’s case. To find such information, you need to request disclosures from the officer’s confidential personnel file.

They can be obtained by presenting a Pitchess motion in court. If successful, this motion can lead to discovering evidence showing that the police officer has a record of fabricating reports, falsely arresting citizens, using force, or engaging in other types of misconduct.