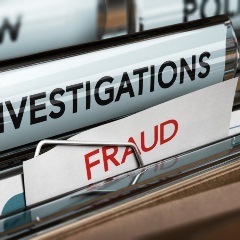 In the event that you or someone you know is being tried for welfare fraud, there are a number of legal defenses your attorney may be able to take to prepare your defense. Note, welfare fraud is considered a "wobbler offense," meaning this can either be charged as a felony or as a misdemeanor.

This article will cover some of the more common defenses against welfare fraud charges. If, after reading this, you have more questions about California Code 10980, please consider contacting us for more information.

When it comes to crimes under California fraud law, an individual may only be charged if he/she was aware of and had intentions of committing fraud. Therefore, if it cannot be proven that you were trying to commit fraud, you will not be found guilty. This allows for several possible defenses, such as the following:

Another defense against welfare fraud charges is simply that there is not enough evidence against you to be convicted. Even if someone, like your boss, strongly suspects you of having committed fraud, without proper evidence of these claims, no charges can be made against you.

In some cases, welfare fraud has been committed, but the person accused was not the one responsible for the crime. Generally speaking, this defense is usually used with internal welfare fraud.

An example of this may be someone such as a parent, that uses you to commit fraud by providing you with incorrect information that you assumed to be true. Since you weren't aware of fraud being committed in this situation, you will not be found guilty in court, however you may be fired as a result of not properly checking this information.

Another example of where you may not be guilty of fraud is if you are the victim of identity theft, meaning that someone else used your unauthorized information to commit fraud.

Finally, in certain situations, if you are able to repay the money you fraudulently gained, charges against you will either be dropped or reduced.

This article described some of the most common defenses used in cases of welfare fraud. If you would like to learn more about Code 10980 and how you can be defended against penalties under this statute, please consider contacting us.