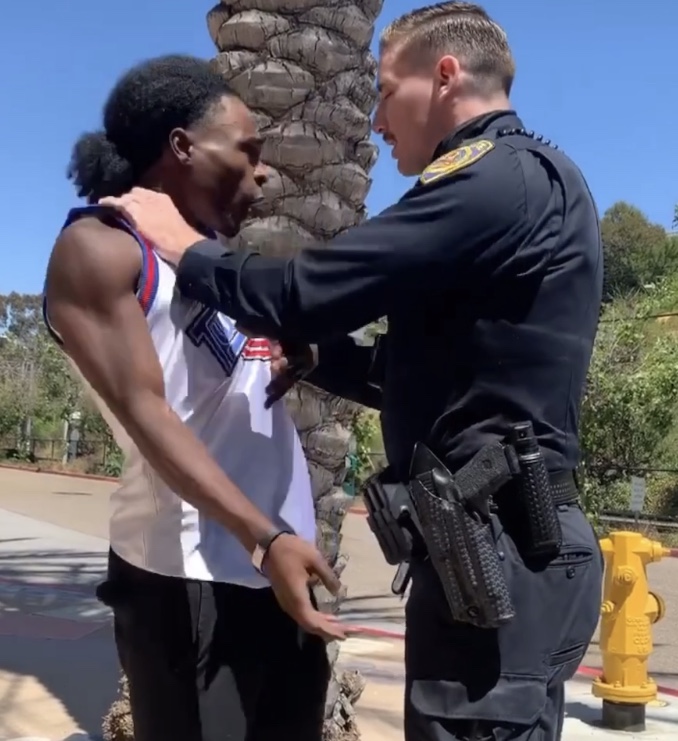 "
Assault on a Peace Officer
", by
SanDiegoVille
,
Licensed under
CC BY 2.0

Under Penal Code 241, it is a misdemeanor to assault a police officer and is punishable with up to six months in jail and/or a maximum fine of $2,000. In this article, we will be detailing some of the more common defenses against charges of violating PC 241. If you have further questions after reading this article, please contact us.

What are the legal defenses for assaulting a police officer?

Some of the most common defenses for charges of assault against a police officer are:

1. The individual who was assaulted was not a police officer

While general acts of assault are a crime under Penal Code 240, an individual may choose to use having assaulted someone who was not a peace officer as a defense since charges of assaulting an officer are more severe.

2. The individual accused of assault was acting in self-defense

In cases where the police officer who was supposedly assaulted was committing police misconduct, self-defense can be used as a defense against police assault charges. Self-defense against an officer may be necessary for an individual's own protection when an officer is being unnecessarily forceful or violent in his/her conduct. However, certain conditions must be met in order for self-defense to apply. These conditions are:

Using the defense of self-defense can be particularly effective if it is found that the police officer in question has had a history of police misconduct.

3. The act in question cannot be classified as assault

In order for assault to have occurred, an individual must have applied used force against another. If this is not the case, then a reasonable defense would be that the accused has not committed assault.

What are the different ways assault on a police officer can be charged and what are the penalties?

PC 243 makes it a crime to commit an act of injurious contact on an officer intentionally and unlawfully while the officer is performing his/her duties.

It is illegal under PC 148 to resist an officer while he/she is on duty.