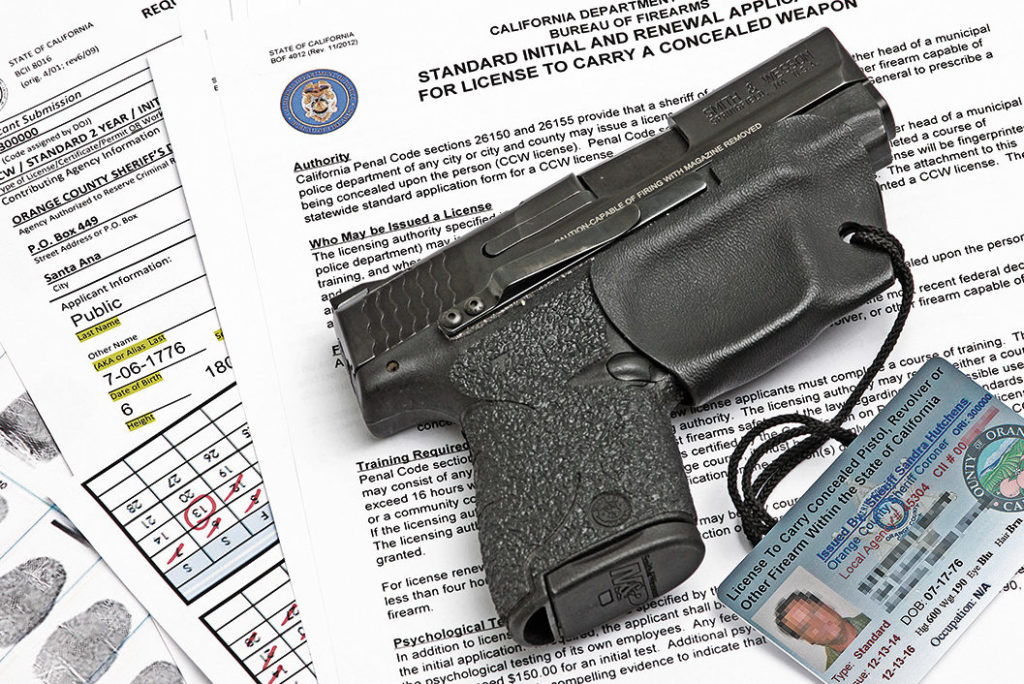 "
Application Fees for CCW
", by
California Rifle and Pistol Association
,
Licensed under
CC BY 2.0

Legal defenses, exemptions, and penalties for violation of concealed carry

It’s not difficult to be unfairly charged for carrying a concealed firearm in California, especially if you’re unaware that it’s forbidden or that the state doesn’t acknowledge concealed gun licenses issued by other states. Having said that, it’s good to know what penalties you can expect from such a conviction and how you can defend yourself in court if you’re certain that the charge is unfair.

Penalties for Carrying a Concealed Firearm in The State of California

Suppose the only thing you’re getting convicted of is carrying a concealed firearm, and there aren’t any other crimes committed. In that case, this is considered a misdemeanor in California. The penalties for such a conviction are typically:

With that said, you may be granted summary probation, so you don’t have to serve jail time. Whether you are sentence to probation or not depends on several factors, including:

Additionally, the penalties may be “light” only in cases with no other aggravating factors. If, however, such are present, the charge can quickly change from a “misdemeanor” to either a “wobbler” offense or a “felony,” and then the punishment may be more severe.

How Can You Defend Yourself Against Such Charges?

There are many ways to contest such charges, depending on the circumstances of your case. Often the best option in such situations is to hire an experienced attorney who will help you build a proper defense; however, it’s also good for you to know how you can defend against such charges. The following three defenses are most common:

To be charged under Penal Code 25400, you have to “know” about the presence of a concealed firearm on your person or in your vehicle. Basically, if you didn’t know about the existence of the firearm, you cannot be found guilty of concealing it.

If the firearm was found in your vehicle’s trunk or in a closed and locked container (and you have the right to own a gun), then you cannot be charged for violating Penal Code 25400.

You Were Legally Allowed to Carry a Concealed Firearm

If you have a license that allows you to carry a concealed firearm, then you cannot be in violation of Penal Code 25400. The only thing you have to do, if you get charged and have a license, is show proof that it’s still valid.

As you can see, many ways to defend yourself against such charges exist. Which ones apply to your case depends on the particular details surrounding it, which is why it’s always recommended to work with a lawyer to help you build the best defense for your case.