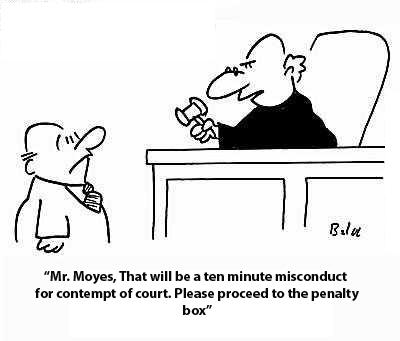 Committing any violation of Penal Code 166 is considered a misdemeanor that can have several potential penalties, depending on the particular details of the case.

What Penalties Can You Expect for Violating Penal Code 166?

As this type of offense is typically a misdemeanor, its punishable by:

Along with that, it’s possible that you need to commit to doing community service in lieu of the fine. However, in some situations, you may even face more severe penalties when you have done the following:

Usually, the crime is still considered a misdemeanor, but it can have more severe consequences, such as a year of jail time.

What Are the Legal Defenses You Can Use?

If you get accused of contempt of court, there are several ways to object with a good legal defense. The three most widely used defenses include:

In such scenarios, it’s the prosecutor's job to prove beyond reasonable doubt that you have violated Penal Code 166.

No Willful Violation of a Court Order

As you probably know, disobeying a court order can be charged only when the accused has willfully violated an order. This means that the defense can say that he/she did not mean to disobey the order, and so the prosecution has a wrong assumption of the situation.

For example, imagine that a superior court issues an order directing two co-workers (Pamela and Chris) to not interact with one another. One evening Pamela accidentally comes in contact with Chris at a store. Both parties cannot be guilty of contempt as there was no willful contact.

You can recall that this statute includes behavior that can be classified as “disorderly conduct.” This means that the defendant can try to show his innocence by pointing out that his actions did not violate the statute.

Falsely accused is pretty common under these types of laws. It tends to happen especially in cases where the disobedience of an order occurs when:

The defense has to argue that the accused has been unjustly blamed in such cases.