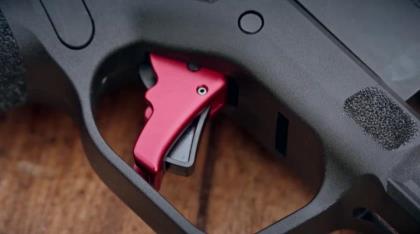 "
Action Enhancement Trigger
", by
Guns and Ammo
,
Licensed under
CC BY 2.0

Is Possession of a Firearm an Enhanceable Offense

In the film, Falling Down, William Foster was a divorced, unemployed, and frustrated citizen that had finally had enough. Making his way across the streets of Los Angeles, he encountered a series of events (some dangerous, some humorous) that led to an increase in violence and offenses.

The most notable scene took place at a fast food counter where William ordered a meal, was not satisfied with its appearance and began to get hostile. At this point in the altercation there was no offense or notable aggravating factors. Once William removed an automatic weapon from his bag and fired into the ceiling, now committed a multitude of offenses enhanceable by the introduction and use of a firearm.

A weapons enhancement charge is added on to a charge of the commission of an underlying offense. For example, if you are charged with assault, and it is alleged you used a weapon, you will be charged with assault. Then, the use of a weapon will be added to the charge as an enhancement, which means any penalty imposed for the assault will be enhanced, or increased, due to the use of a weapon.