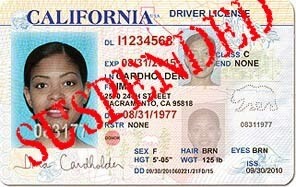 For example, when you forget to bring your wallet with you or you’re switching vehicles and your driver’s license is in the other car. While not bringing your driver’s license is hardly a crime that can get you arrested, driving without knowing how to or with a suspended or invalid license is a much more serious offense. With that said, let’s now look at what the laws in California are.

Is It Illegal to Drive Without a License in the State of California?

According to Vehicle Code 12500(a), driving without a valid driver’s license is a crime in the state of California. It’s considered a wobbler offense that can be charged as either a misdemeanor or an infraction. Depending on how this crime is charged, the penalties that the defendant has to face differ.

Vehicle Code 12500(a) is a traffic violation, typically charged when someone is operating a vehicle and:

What’s the Exact Difference Between Driving Without a License and Driving On a Suspended License?

If someone gets caught driving with a license that has been suspended or revoked, they don’t get a “driving without a license” charge. Instead, they will get a significantly more serious charge as per Vehicle Code 14601 VC - “driving on a suspended license.”

You should know that your driver’s license doesn’t have to be issued by the State of California. It can be done from any jurisdiction, as long as it was issued by the state or country in which you reside and is currently valid for the kind of vehicle you’re driving.

If you get charged with such a crime and you’re not sure how to deal with the situation, the best thing you can do is contact a licensed, experienced attorney in the State of California. That way, you will be able to avoid facing more severe penalties, and you will have someone to guide you throughout the entire process.