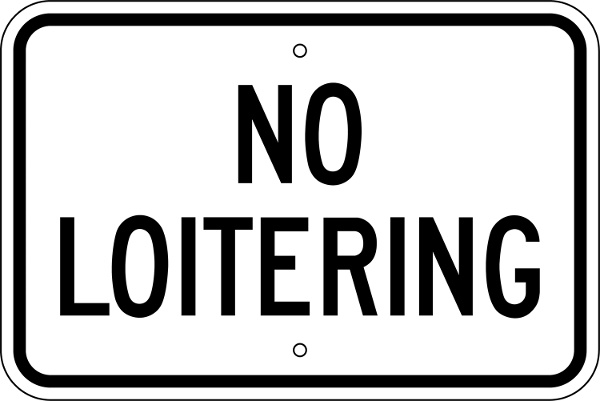 "
Is Loitering Aimed at Criminalizing Homelessness
", by
The Mockingbird Society
,
Licensed under
CC BY 2.0

According to California Law, as per Penal Code 653.22, it’s considered a crime to loiter in public places with the real intent to commit prostitution. For you to be convicted of committing such a crime, the prosecution has to prove the following facts:

Let’s look at what each of these legal elements means to understand them better.

Loitering is delaying or staying in one place without a lawful purpose and with the intention to commit a crime if there’s an opportunity to do so. This means that if you’re just passing through a place, you’re not loitering. You need to remain there for a prolonged period of time.

Furthermore, you can be blamed for loitering for prostitution if you have proof that you had a different reason for being in the place.

Since this is a crime only if you were in a public place, let’s look at the definition of a public place. A public place is any defined area that’s open to the public. It can be a plaza, park, driveway, parking lot, or alley. Along with that, parked and moving cars are also considered to be public places.

Places such as bars, strip clubs, restaurants, movie theaters, and other buildings accessible to the general public are also considered to be public places as are the grounds surrounding them.

The only way to get convicted under Penal Code 653.22 is if the prosecution can verifiably show that you intended to engage in prostitution. As per definition, prostitution is a sexual act conducted for money or other kinds of payment. It does not include sexual acts that are a part of a play, stage performance, or any different kind of public entertainment.

As per Penal Code 653.22, loitering in public with the intention to engage in prostitution is a misdemeanor. If convicted, you face the possibility of being imprisoned for no more than six months and fined no more than $1,000 or both.

It’s important to note that you can get convicted, even if you only intended to commit the crime but haven’t gotten around to actually doing it. Regardless of the classification of the offense, it is important that you seek the assistance of competent legal counsel to help you best understand your legal defense while identifying an outcome that best minimizes your risk. We here at the H Law group patiently await your call.