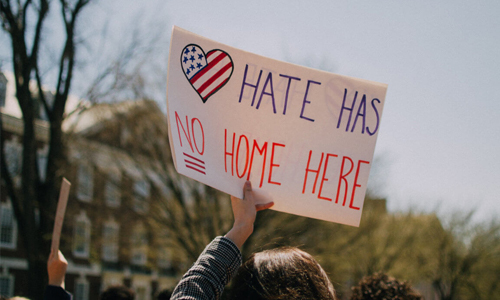 How To Protect Yourself And Others From A Hate Crime

Even though there’s been a lot of talk regarding hate crimes in recent years, many people still fail to recognize when they have fallen victim to such a crime. It seems like the numerous news articles and reports about the thousands of hate crimes committed in the United States every year aren’t helping most people when it comes to identifying a hate crime when they witness it in real life.

That’s why it’s vital to not only know the most extreme cases of “hate crimes” but also know the definition of such unlawful acts so that you can protect yourself and the people around you from such.

The Clear Definition of Hate Crime as per California Law

As per California law, a hate crime is an unlawful act committed towards a person based on actual or perceived characteristics, including:

Now, as you’ve probably already guessed, many questions arise when people start to define what “actual” and “perceived” characteristics are, so let’s clarify.

On the other hand, a hate crime can also be committed because of perceived characteristics - for example, if the accused decided to rob a woman just because he assumed that she was Jewish. In the end, it might turn out that the victim isn’t really Jewish, but the crime would still be classified as a hate-driven crime because of the intention of the accused.

How to Protect Yourself and Others

Now that you know what constitutes a hate crime, it will be much easier for you to spot one if you or anyone you know becomes a victim of such unlawful behavior.

In any case, if you think that the person who committed a particular crime only did it because they were driven by one of the motives mentioned above, you should immediately contact a lawyer and get advice on whether the crime in question can be defined as a hate-driven one.

Additionally, you can help those close to you by sharing your knowledge on the definition of hate crime so that they too are aware, in case they become victims of one. Regardless of the classification of the offense, it is important that you seek the assistance of competent legal counsel to help you best understand your legal defense while identifying an outcome that best minimizes your risk. We here at the H Law group patiently await your call.