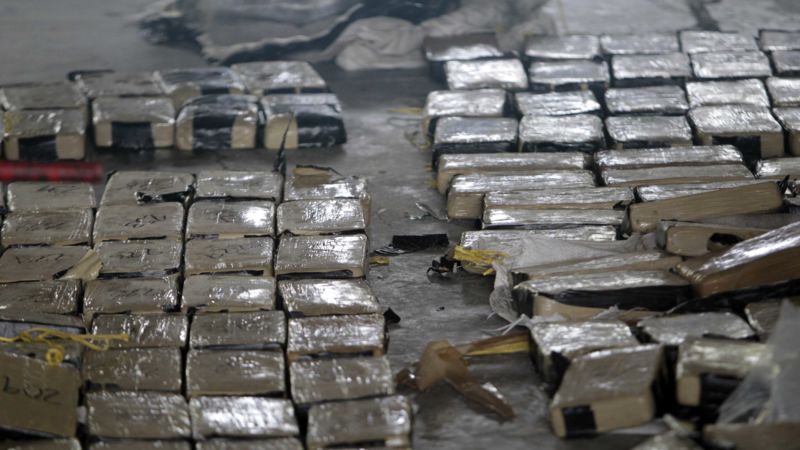 Most drug cases in federal courts throughout SoCal are simple possession cases. The remainder are drug dispensing, manufacturing, or distributing cases. Typically, federal prosecutors allow state prosecutors to take the lead in these situations. But if the transaction happened on federal property, like a national park or military base, the scheme crossed state lines, or authorities feel the state sentence was too lenient, the feds quickly step in.

For the most part, harsh mandatory minimum drug sentences in federal court are a thing of the past. But some remain. For example, a single gram of LSD, which is about the size of a metal paperclip, is a mandatory five years in prison. Other 21 U.S. Code § 841 sentences are comparable.

In this context, dispensing essentially means sharing. The aforementioned LSD example is a good illustration. One gram is not very much. But it’s more than most people need for personal use, at least in one or two sessions. The law presumes that these defendants plan on sharing these drugs.

Amount is not the only aggravating factor. Prosecutors often use other circumstantial evidence, like money, baggies, or guns, to elevate possession charges to USC 841 charges.

Because of the nature of elevated possession charges, several defenses are available in court. Let’s consider an example.

It’s legal in California to grow a handful of marijuana plants. But since she lives in the sticks and struggles with chronic pain, Brenda converted her large vegetable garden into a marijuana garden. She has over 100 plants. That’s the threshold for a 21 USC 841(b)(1)(B) mandatory four-year prison sentence.

Incidentally, amount is not the only possible aggravating factor. Prior convictions, even if they were not drug convictions, could also trigger the 21 USC 841 mandatory minimum provision.

Back to the example. Brenda also likes throwing parties. One gets a little raucous and a fight breaks out on her front lawn. A nosy neighbor calls the cops. When they arrive, even though they don’t have a warrant, they go through the house and make sure no one else is fighting. They also stumble across her marijuana plant garden, which is about ten years behind her house.

The warrantless entry into Brenda’s house might be justified under the exigent circumstances exception to the warrant requirement. This doctrine allows warrantless searches if officers reasonably believe that someone might be in eminent danger of serious bodily injury. Common examples include a report of a gas leak, a domestic disturbance that involves a weapon, or a structure fire.

Police intrusion into Brenda’s backyard is probably not justified under the exigent circumstances exception. That’s especially true since the marijuana garden was so far behind the house. Basically, the police had no reason to poke around back there. As a result, an LA criminal defense attorney might be able to have the case thrown out of court.

Ralph tried meth at a party to celebrate the end of his probation for a minor drug possession offense. Since he is also an avid YouTuber, he stumbles across one of these recipe videos a few days later. Since Ralph is relatively new at this, he buys most of the ingredients at one store.

Most retailers report suspicious sales, like large quantities of hydroiodic acid, to local law enforcement. Since meth is so dangerous and such a  big problem, authorities often jump the gun in these situations, especially if the purchaser had a criminal record. So, when officers obtain a warrant and bust into Ralph’s home, he only has about half of the equipment and ingredients he needs to make meth. Nevertheless, after they hear all this evidence, a federal grand jury indicts Ralph for violating Title 21 USC 841.

Prosecutors must only establish probable cause during grand jury proceedings. That’s a relatively low standard of proof. Additionally, only prosecutors, and the witnesses they call, can appear before the grand jury.

Trials are much different. For one thing, prosecutors must establish guilt beyond any reasonable doubt. That’s a much higher standard of proof. Hydroiodic acid, a highly acidic substance which kills just about every germ or virus it touches, has a number of non-meth uses.

Additionally, an LA criminal defense attorney can usually exclude prior criminal convictions at trial. Juries cannot convict people because they have done bad things in the past. So, as far as Ralph’s jury is concerned, he is just a regular guy who might have some need for a dangerous substance.

If the evidence is weak, as it is in this hypothetical case, an LA criminal defense attorney can often convince prosecutors to reduce 21 U.S. Code § 841 to simple possession. But these negotiations don’t always produce favorable results. Ralph just got off probation for another drug case. Most likely, prosecutors wouldn’t be willing to give him a good deal. So, it might be better to roll the dice at trial, since the chances of a not-guilty verdict are pretty good.

Large drug trafficking networks usually involve large, multi-agency investigations which are very time consuming. Since authorities pour so many resources into these investigations, they are usually eager to get results, even if they have to take shortcuts to achieve them.

These networks usually also have multiple layers. There’s often a boss at the top, distributors in the middle, and sellers at the bottom. Prosecutors are only interested in bosses. So, when authorities apprehend sellers and distributors, they usually offer these individuals leniency if they cooperate with the investigation.

Some people will say almost anything in such situations. As a result, if authorities over-rely on the information these individuals provide, the search warrant’s reliability is an issue.

Search warrants stand or fall on their own. Prosecutors cannot work backwards. They cannot argue that since the information provided led to Shelia, who was at the top of the drug distribution network, the information must have been reliable.

If you face serious 21 U.S. Code § 841 charges, the experienced LA criminal law attorneys at H Law Group are here to help. Reach out to us today and schedule your initial consultation.