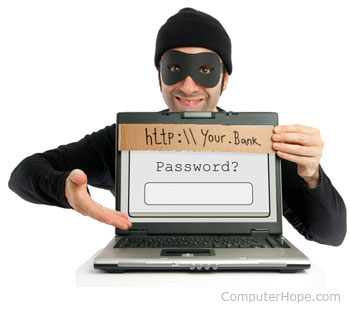 Penal Code 502 is the California code that prohibits unauthorized access to data, networks, computers, or other software. This article will discuss California's Penal Code 502 and what defines computer fraud under this statute of law. If you have further questions after reading this article, please considering contacting us for more information.

‍What if I did not know I was accessing a computer without permission?

Penal Code 502 States that someone is guilty if he/she "Knowingly accesses and without permission alters, damages, deletes, destroys, or otherwise uses any data, computer, computer system, or computer network in order to either (A) devise or execute any scheme or artifice to defraud, deceive, or extort, or (B) wrongfully control or obtain money, property, or data."

The key word here is "knowingly". Under Penal Code 502, a defendant must have known that he/she was illegally accessing a computer network/computer in order to be guilty of violating this statute.

An example of unknowingly accessing a computer without permission would be the following. Dave works in the same office as John. While distracted, Dave set his computer down next to John's. Since both of their computers look similar, Dave accidently take's John's computer and uses it instead. In this case, Dave thought that he was accessing his own computer and therefore is not guilty of computer fraud in this instance.

An example of computer fraud would be if someone wanted to plant a virus into a computer system and hacked into the system to do so.

Another nuance under PC 502 is that it is illegal to access a computer without permission as well as to defraud. "Defrauding" can be defined as deceiving someone, often with intent to obtain money. Therefore, it is possible that someone is guilty of illegally accessing a computer, however, he/she did not or did not attempt to defraud nor had malicious intent while doing so.

Finally, it should be noted that any involvement with the process of unlawfully accessing a computer also violates PC 502. Even if you did not personally access the computer without permission, if you aided in someone else to accomplish this task, then you have violated Penal Code 502.