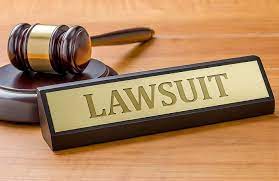 Can a victim of breaking and entering file a civil lawsuit

Breaking and entering can be broken up into two different crimes in California: burglary (Penal Code 459) and trespassing (Penal Code 602). Though acts of burglary and trespassing are crimes that can result in jail time as well as fines, charges do not result in compensation for victims. However, it is instead possible to file a civil lawsuit for damages done to one's property. Read on to find out how victims of breaking and entering can receive financial compensation.

‍What is Breaking and Entering?

Trespassing defined under Penal Code 602 is when someone is dwelling or has entered a property wilfully without permission to do so. Though trespassing is often classified as a misdemeanor, it is still a crime that can pose as threats to the property owner's safety and privacy.

The California statute that prohibits acts of burglary is Penal Code 459. Under Penal Code 549, it is a crime to enter a place without the right or permission to do so and with the intent to commit a felony/theft. Note, that in order for a crime to be classified as a burglary, the accused must have had the intent to commit a crime, even if he/she did not succeed in completing his/her plan

‍Can I File a Civil Lawsuit for Damages?

‍When Should I Sue Someone for Burglary/Trespassing?

If you are the victim of burglary and you have sustained damages to your property, then you may want to consider filing a lawsuit against the perpetrator in order to receive financial compensation for your loss. Below is an example of someone in this situation.

Josh's neighbor, Todd, wants to get extra cash for drugs, so he decides to break into Josh's house to steal some items he can sell to a pawn shop. While Josh is at work, Todd breaks into his house. He breaks a window and several other of Josh's belongings while searching for items he can steal.

Before Todd can successfully steal anything, the police show up and Todd is arrested. The damages done to Josh's house exceed what he can afford to replace himself, so he sues Todd in order to pay for repairs and replacements needed to restore his house and belongings.